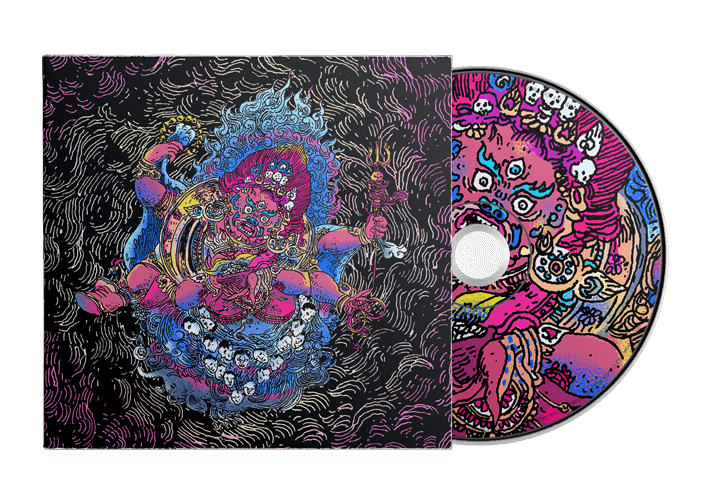 Gathering compositions from Rodrigo, Nó Samsara was recorded and produced with Salvador Camino in Rio de Janeiro on 2015

With Bruno Schulz, Diego Sanchez, Fernando Dias and Mariana Milani as guests, a demoN album was mastered by Alan Douches & West West Side Music in New Jersey and released by label Circuito Ambrosia with magnificent artwork by Diego Sanchez and Pedro Cobiaco on 2016.

Since the same year they’re rewinding Nó Samsara for a final release and working on Quetzal, Kalamaha’s second coming.

Splendid yet frightening, Kalamaha stands beyond time and death as protector of enlightenment. No enemy of the awakened mind or negativity can endure the presence of this unwratfull deity.